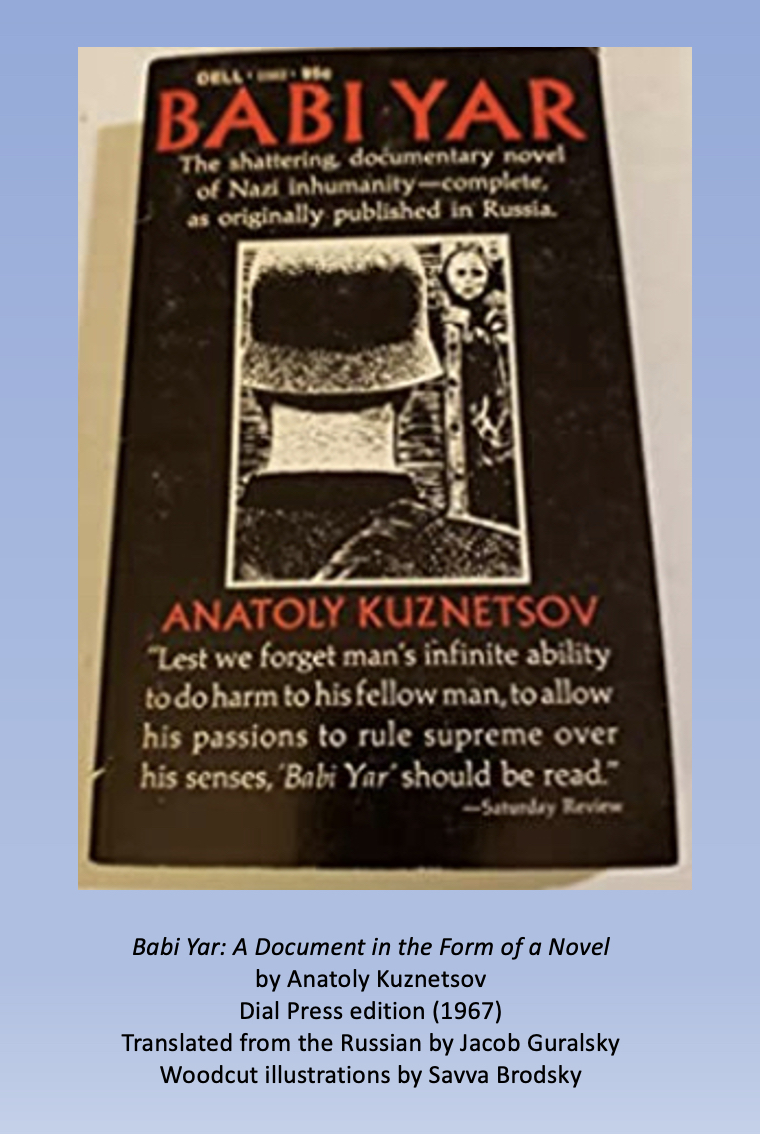 Join us for a special presentation during the Shabbat Service:

Please join us for a Holy Sparks service to commemorate the victims of Babi Yar, a ravine in Kiev where the Nazis began their annihilation of the city’s Jews by slaughtering 33,771 men, women, and children on September 29-30, 1941. Although not the war’s first mass shooting, it was the largest of many after the Germans invaded the Soviet Union on June 22, 1941, a date said to mark the start of the Holocaust. While most victims were Jews, the massacres also included Roma and others. French priest Fr. Patrick Desbois has called these killings the Holocaust by bullets.