The SinaiFree Film Society will discuss the feature film “Have a Little Faith.” 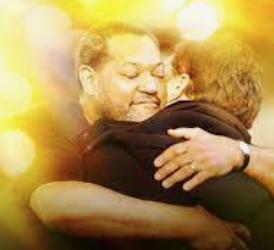 The film dramatizes writer Mitch Albom’s real-life, eight-year journey between two worlds – two men, two faiths, two communities. It begins with an unusual request: an eighty-two-year-old rabbi from Albom’s old hometown asks him to deliver his eulogy. Feeling unworthy, Albom insists on understanding the man better, which throws him back into a world of faith he’d left years ago. Meanwhile, closer to his current home, Albom becomes involved with a Detroit pastor – a reformed drug dealer and convict – who preaches to the poor and homeless in a decaying church. Albom, who is always questioning others, learns to question himself – and discovers his own “glory.”

The film is available for free on Hoopla. It can be streamed on the subscription services DirecTV, Hallmark Movies Now (free 7-day trial through Amazon) and Plex. It can be rented for $2.99 from Amazon, Google Play, YouTube and Vudu; and for $3.99 from Apple TV. There is one DVD in the Westchester Library System, and one DVD in the New York Public Library.